The Time Machine that we bring to your consideration here, allows us to put on the same plane two different moments of a past and present reality.

116 years ago these two “corseted” criollas were far from imagining that their photo, apparently taken while crossing the today park of Albear, would serve as cover for an article on Havana through the times and that would be published in a thing called Internet that of course they would not understand (if you could were able  try to explain it to them).

It would be inexplicable also for the gentleman in the background who “steals the show” with his tremendous yawn that remains for eternity.

FUNCTIONING OF THE TIME MACHINE

In this first installment of The Time Machine, we will tour parts of Old Havana.

We will try to visually compare the past and the present with the help of the technology.

I try to achieve the most precise angle in which the photos were taken to make the videos.

It was not possible sometimes because there are trees grown, fences for reconstruction, etc.

The equipment (and the operator) are not as professional as they should be, my apologies.

Other Time Machines will follow later about Central Park and its surroundings, the Prado, Avenida del Puerto, the Malecon and its construction, Centro Habana, Vedado etc.

Of course, as long as we travel to the west, very old photos will becoming scarce for an obvious reason: “The conquest” of western Havana began relatively late.

If you look carefully you will see that our great grandparents were smaller than we are. There have been a lot of talks about it (and reasons have been explained), which can be seen in some of the overlapped scenes in the video.

WHAT WE ALL NEED TO TAKE CARE OF

This small and humble tribute to Havana (the first was “Havana if a song was enough“) has also taught me that we should all take care of its history.

Just let me make you a little anecdote about Old Havana.

My search on the location of the place where a photo was taken in Obispo, 113 years ago, seemed to be unsuccessful.

It is difficult to locate the place when so many changes have been made and when there are several corners that can be confused with the one in the photo.

But looking in detail through the corners of Obispo I came across one of those metal corners (does anyone know the real name?).

Were these structures placed in the corners to protect the buildings of any accident?.

The one that appears in the video has lasted more than 100 years in that same place.

Therefore this detail was decisive to identify from where the photo was made.

That cornerback or whatever you call it has historical value and we must help preserve it.

I attached here some photos at the end  in which I could not identify the exact place where they were shot.

I would appreciate if you could send me your ideas of where the photographer was positioned to take the photo.

In this way I can recover those places to superimpose them with the current reality. In future installments, I will send you other “incognito sites” for you to help me identify the place.

A thanks a million  for your time. I hope you like The Time Machines of Havana in homage to its 500 Years. Many people come to my practice seeking advice on the problem of obesity and ideal weight. Obesity has become one of the […] And here we continue! First of all we must thank the large number of people who have praised the site jovenhadeser.com and […] PANDEMIC And so it shall be Forever we’ll cross the fence that separates us, but the unfathomable time It won’t be […] 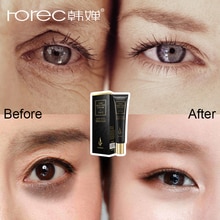 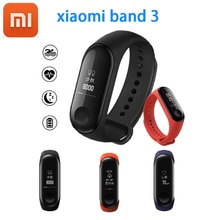